So Obama makes a speech at the University of Cairo (an excellent speech, in fact). You can always control what you say, but you can’t control who attends to your saying it:

Fashionably late “a week is a year in politics” edition! 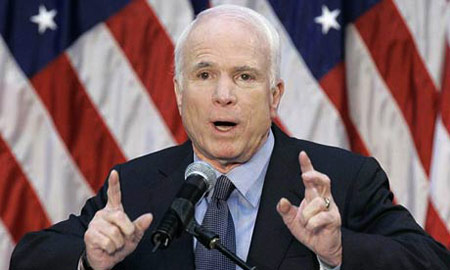 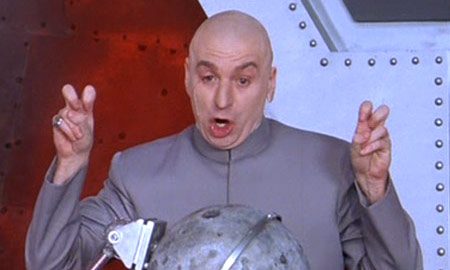 Bonus points for a video comparison between McCain’s acceptance speech at the RNC & Dr Evil’s reminiscences of his childhood.

Awesome; too bad it's only audio

Barack Obama has decisively won the Presidency of the United States. The first African-American President, he has already ensured himself a prime place in history. More than it ever has before, the face of the Presidency will now look like the faces you see around my native land.

The Historical Importance of Turnout

Obama won with 52% of the vote (possibly more as North Carolina & Missouri haven’t been declared yet). It was the highest turnout of the electorate since 1920. In some states, like Colorado, 90% of the electorate voted.

It’s hard to overstress how incredible this is. I have grown up listening to people impotently low the apathy in US elections, where common turnout figures have hovered just above the 50% mark for decades. And I think that young people & African-Americans will feel empowered by this election, one they helped carry so convincingly. I don’t think this is the last we’ll see of them, not by a long shot.

The Scope of Obama’s Victory

The scope of Obama’s victory must be understood. He carried Democrats into the majority in states where they haven’t won over 40 years, like Indiana. Obama received a thumping majority of votes for the Electoral College & the margin of his popular vote victory was greater than that of Reagan’s in 1980. That word you’re looking for to describe this election? It’s “Reaganesque”.

And look for an upset in Georgia: McCain is 250,000 votes ahead there currently, but the 600,000 early voting ballots—which have broken strongly for Obama nation-wide—haven’t been counted yet. Johnson’s “loss of the South for a generation” after signing the Civil Rights Act may now be ending.

Obama pursued a 50-state strategy: he created an efficient nation-wide infrastructure that, ironically, was created because of the extended primary race against Hilary Clinton. The old approach enraged me for years: Democrats have only run credible challenges in “swing states”, cobbling together a victory on the slimmest of margins, leaving traditional red states virtually uncontested. Republicans could then pour money into the swing states & thus carry away the Presidency. It’s been a horribly dreary phenomenon for a long time now. That approach is now well and truly broken. And I am glad to see the end of it.

What really thrills me is that Obama doesn’t owe anyone this election: no special interests funnelling money into his campaign to force a change in his policies; no early Democratic endorsements that would have forced the failed beliefs of a previous generation of Democrats onto his Presidency; no shadow of Clinton breathing down his back. Obama harnessed the grassroots and the Internet & won with the support of millions of people who, like me, gave what time & money they could. It’s a clean slate. Politically, he has remade the Democratic Party entirely in his own image—nothing has happened on this scale since Franklin Delano Roosevelt. And as for policy, he can pursue health care reform, energy independence, fair taxation, national security & international diplomacy with an untethered hand. This isn’t just a sea-change: it’s a colossal seismic shift.

How Much of a Rebuke to Republicanism?

This is the question I keep asking myself. Whilst watching MSNBC last night, the anchors frequently called it a rejection of the Bush years & the New York Times has followed suit.

There’s no doubt of that. But the scale of Obama’s victory implies it’s more than a rebuke to that husk of a man still occupying the White House. Consistently throughout the campaign, Obama emphasised how the less well-off were sacrificed to the interests of the rich. To me, his victory feels like a pendulum swinging back against the Reagan years. And in a display of the power of editorial brevity, John Gruber of Daring Fireball makes a convincing case that the election swings back all the way to 1972.

Time will tell which of us, if any, is correct. But today, exhausted as I am, I feel as if 30 years’ worth of political horror has been lifted from me.

What’s Wrong with This Picture

Especially with the astounding events in the US during this political season, I like to read The Huffington Post. This morning I came along links to the “Big News” pages, an aggregate of stories about specific subjects. Look at the photos, then the captions. Now try to count the number of mistakes:

I mean, I know that there is indeed a relationship between the photo & the caption, but this is ridiculous.