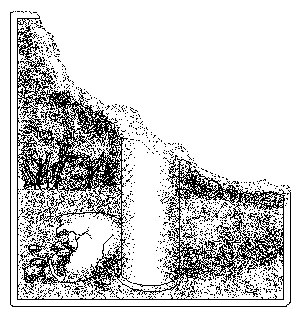 The morning brings sad, if not unexpected news: the death of Apple founder and saviour Steve Jobs.

He did a lot with his 56 years on the planet. He revolutionised computing not once but three times, with the Macintosh, the iPhone & the iPad. It’s hard to remember now, but when he took over Apple again in 1997, it had been so poorly run for so long that people thought it impossible that the company would survive. Now, it is literally the most valuable company in the world, in terms of market cap. I think it’s fair to say that he’ll go down in history.

He was irreplaceable, but—cold as it may sound—not indispensable. In fact, he saw to that. He surrounded himself with extraordinarily capable people on Apple’s management board, which includes the new CEO, Tim Cook, who is clearly a brilliant strategist & has locked Apple into a virtuous circle of success for years to come. And he worked closely with Jonathan Ive, who is a brilliant industrial designer. So, while the company’s fortunes were shaped by Jobs, its success wasn’t merely his doing. That is as it should be.

I never met him, and frankly I’m not sure I’d have wanted to. He was a famously intense man. If you ever watch him in unscripted events—interviews, say—he had this laser-like focus that I found utterly unnerving. It was like watching a predator wait for his prey to make a fatal slip-up. And, of course, there have been stories that span whole decades about his temper: it’s the reason why the lazy media always prepend the word “mercurial” to his name.

But to do great things, it seems likely that anyone would be intense & “mercurial”—you’d have little patience for fools, and the world is full of fools. I’d like to leave this with Jobs’ wonderful commencement speech at Stanford a few years ago.

Jon Gruber also referred to the commencement address. Here’s a quote he pulled from it:

Remembering that I’ll be dead soon is the most important tool I’ve ever encountered to help me make the big choices in life. Because almost everything—all external expectations, all pride, all fear of embarrassment or failure—these things just fall away in the face of death, leaving only what is truly important. Remembering that you are going to die is the best way I know to avoid the trap of thinking you have something to lose. You are already naked. There is no reason not to follow your heart.