In my neighbourhood, one thing we absolutely cannot abide is a misspelled graffito. 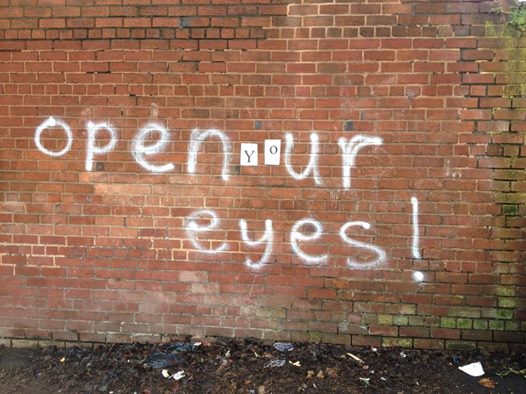 I say, that needed correction