There’s a website called Angry People in Local Newspapers. It does such a beautiful job of capturing that small-town feeling you get where the locals get outraged about something. They invariably get their photo taken, apparently whilst feeling outraged, but more often they look a little glum & peeved. 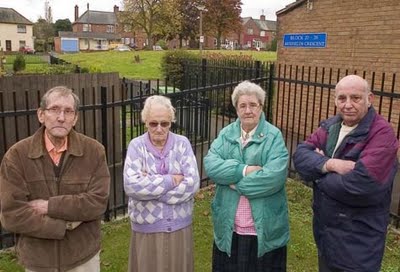 The do look angry, don’t they?

This seems a peculiarly British phenomenon, but that may be simply because most local American newspapers have long since snuffed it.