I have to hold myself back from buying everything in the Tumbao catalogue. Net Sublette, an excellent source, recommends them.

Such fiscal reticence didn’t stop me from immediately snapping up this, though. Recommended in today’s Guardian Guide, Kanaval: Vodou, Politics & Revolution on the Streets of Haiti has some truly amazing photos of unadulterated Carnival costumery. All the photos were taken in the city of Jacmel, destroyed in the recent earthquake. 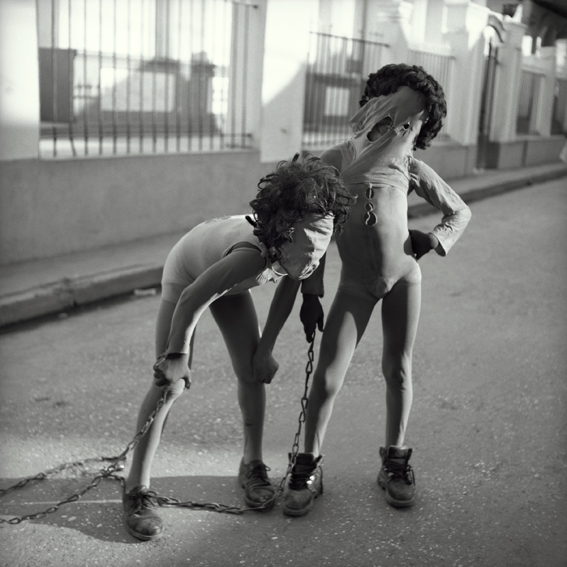 You’ll also notice that the ability to comment on posts has been removed. The subject of site comments has emerged recently. The simple fact is that most comments posted are spam, and while they rarely make it onto the blog, they gunk up the system. Comments are still gratefully appreciated: just use our standard contact form.

You may also have noted that Ian has been quiet for some time. Ian & I split amicably. He left the company to pursue his own projects. They’re incredibly worthwhile: if you’re a developer, I strongly encourage you to have a look at what he’s got up at GitHub. And of course you can always follow him on Twitter.

So, is this blog dead or what? It’s undeniable that there have been few posts on it all year. Why is that?

Part of the silence is due to work: we’ve been busy, and in fact I’ve yet to write up a report on our latest launch. But even when there has been downtime, I haven’t posted here. Instead, I’ve posted to… Facebook.

Yes, Facebook. I regret this now: it’s insidious how it sucks you into its own little world. I don’t want to get into an extended reflection on Facebook, but the promise of speaking to friends is very compelling. It’s just too bad that generally it encourages the shallowest of interchanges—similar to how it devalues the meaning of “friendship”. In any event, I’ve been posting things I like there instead of here. That’s going to stop. I’ll repost on the blog the things I’ve been posting on Facebook.